Another in my 5 Random words series.
The words selected for me to use in a story were;
Road-trip, moose, hippies, tractor, police. 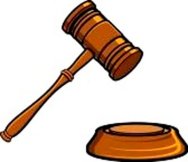 John Anderson sometimes reminisced about the road-trips of his youth when he lived in Canada. He remembered the 60s, a dozen hippies in a beaten up van, driving round the country from festival to festival, playing their music and enjoying the grass, inside and out.

Surprisingly they didn’t have much problem with the police; they were always polite and didn’t cause trouble, so normally they were let off with a warning and a wink.

The only time John got a black mark on his record was when they met up with another group who didn’t have quite the same high moral standards.  After a particularly heavy drinking night they had discovered a beaten up tractor, abandoned in a farmer’s field. Although theft was the last thing on their minds, it seemed logical at the time to tether the horse to the front to act as the engine and have a race.

Standing in front of the judge they realised the farmer had been more concerned about harm coming to his horse than the tractor. They apologised, accepted the heavy fine, and grew up quickly.

Thankfully the misdemeanor didn’t stop John accompanying his parents when they moved back to the Scottish highlands, the land of their birth. He resumed his education, studied hard and progressed in his chosen field. Marriage, respectability and financial success followed, but he never forgot the heady days and freedom of his teenage years.

That Monday started like any other working day, but by Friday it was a totally different story. After an unexpected reunion with some of his old friends John found himself in court, listening as the barrister outlined the story. The group of drunken males had spied the moose in the mountainous countryside, and were trying to hook it up to tow their broken down car when they were interrupted by the police.

After a night in the cells to sober up and ponder on their actions, John considered his words carefully when it was his turn to speak. He remembered the euphoria of his younger self, coupled with the shame of causing distress to an animal.

This case had become front page news in the press.  The moose was part of a pair, gifted by Sweden to a conservation effort to repopulate the highlands with their original animal inhabitants.

He had listened to the apologies submitted by the accused and knew that they regretted their actions. They had been horrified at the thought of their drunken antics causing an animal harm.

A reasonably hefty fine, a one year black mark on their record but no jail sentence. As the faces of the teenage lads showed their relief, presiding Judge John Anderson couldn’t resist giving them a surreptitious wink as they left his courtroom.

Thanks for reading.
If you enjoy my short stories you might like to check out my two published novels, both available on Amazon;