This is the traditional time of year to look back and reflect on the past as well as looking forward to the future.

Sadly 2016 will be mainly remembered for the number of celebrities who have died, some at a comparatively young age. There are almost too many to mention although David Bowie’s affected me personally as he was someone I knew from my youth. They were all someone’s son or daughter and family member. R.I.P.

It has been a year when the predictions of global warming are becoming apparent, with Tsunamis, flooding, extremes of weather and unpredictability the norm. Widespread war and conflict, (which unfortunately have never been confined to a single year,) refugees, terrorists, homelessness and poverty contribute to the appearance of a merciless year.

On a more positive note bad news has been interspersed with snippets of humanity and kindness, not widely reported as they do not sell newspapers, but still there in ever increasing numbers. It’s good to remember that magnificent oak trees start as tiny, insignificant acorns.

The number of animals gradually coming off the endangered list does not make the headlines but is another cause for celebration.

Perhaps 2017 will be the year that goes down in history as the beginning of the swing of the pendulum, resulting in peace and prosperity for all. We can but live in hope and do any small thing in our power to contribute towards this happening.

On a selfish note 2016 has been a great year for me. My two books ‘Changes’ and ‘ABC Destiny’ have found new readers, my third book has been completed and hopefully will be published in 2017, and I have been inspired to write a new story every week for my author page on Facebook.

I have discovered a community of fellow authors who have been wonderful in offering their support. This has been the year I learnt so much, and discovered how much there is still to learn about all things authorish. It’s an enormous learning curve but such fun.

Finally, I couldn’t wave goodbye to 2016 without saying an enormous thank you to you, my readers and ‘fans.’ 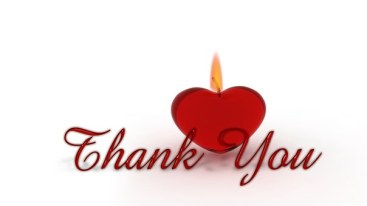 Some ‘pop in’ and like or comment on a particular story topic which appeals to them, others have been with me since the beginning, or are regulars who cheer my heart every time I see them liking my latest offering; Kev, Riley, Beauty and Sarah amongst others. Perhaps there are more I am not aware of, reading and silently observing, hopefully enjoying my narratives.

Thank you for being there and making it all worthwhile.

Wishing you all a very Happy New Year.