Inspiration for short stories can come from a variety of places, and I enjoy the challenge of being given random words to incorporate into a story. A member of a writers’ group suggested the words Séance, Rapid, Perverse, and Epiphany. This was my idea. 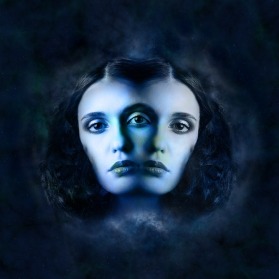 Even as a child Rose was perverse.

‘Come on darling, your pretty pink dress is all ready for you to wear to Kylie’s party. You’d better hurry and get dressed or you’ll miss the jelly and ice-cream.’

‘Sweetie, you can’t wear those scruffy old jeans. They’re just for playing in the garden. If you don’t get changed now it’ll be too late to go.’

‘Good. It’ll be a silly party anyway and I want to climb trees.’

Even when she grew up she never changed. As a teenager she ‘got religion’ and went from being a wild party animal to a demure, nun-like creature in flowing robes which covered every inch of flesh, even in the height of summer. Sunday would see her at church, head bowed and murmuring about entering a convent. She tired of that idea as she investigated other religions but as soon as they became acceptable her attention diverted to something new. For a while she dabbled in witchcraft, until the animal sacrifices became too much to stomach. Her next experiment was with the occult and in many ways this suited her.

Although she was not averse to some sleight of hand, she seemed to have a natural ability to communicate with the dear departed. It wasn’t her imagination when certain rooms felt cold, even on the hottest day, and the trance-like state wasn’t an invention. She really did feel a presence, sometimes stronger than others. In typical fashion her guiding light wasn’t a red Indian or ancient wise man but a stroppy teenager who looked uncannily like her.

As an only child with rich parents she had been spoilt, but it wasn’t until they were killed in a skiing accident and she was sorting through their papers that she discovered she had been born a twin. Alongside her birth certificate was another for a baby girl who had been born and died on the same day. Perhaps that was why she had always felt incomplete, and had not gravitated naturally to friendships with other children.

With no grandparents to advise her, and neither her mother nor father having siblings, she was all alone in the world by the time she reached her twentieth birthday. In her usual fashion she latched onto a weird duo who were constantly coming up with new scams for making money. Encouraged to become Madame Rosa despite her youth, she was fully aware of the tricks and lighting used to impress the vulnerable, middle-aged ladies eager to contact their husbands or family on the other side.

The scene was set, a large amount of money had been contributed by the three rich ladies selected as victims, and the seance began. Everything was going well, the spooky music added to the atmosphere, the dry ice swirled around the dimmed lights, and the hidden projectionist was doing a fine job of creating ghostly images. Rose was enjoying herself, day dreaming about the wildlife sanctuary she would set up with her share of the proceeds, when all the lights suddenly went out. That wasn’t part of the plan.

The ladies screamed, and even her partners in crime gasped as their scheme went haywire. Perhaps it was a power cut. They hastily produced some candles but no sooner were they lit than a breath of air extinguished them. A giggle rent the darkness.

‘Rosa,’ the man hissed, ‘stop playing about. Stick to the script.’

‘It wasn’t me,’ Rose whispered back.

‘No, it was me, Lily,’ a voice answered from the empty seat at the far end of the table. ‘This was getting boring, so I thought I’d liven it up a bit.’

With a flash the lights came back on revealing the three petrified ladies huddling together for comfort. Stan and Marjorie were glaring at her, assuming she had been playing tricks, and appeared oblivious to her mirror image sitting in the chair in front of them.

‘All is well, ladies,’ Stan said in a voice which wasn’t quite steady. ‘Please resume your places so we many continue. Madame Rosa, please carry on with your explanation of what is needed for the poor departed souls to find solace. You mentioned the funds required to build a monument in their honour, and how my wife and I would humbly dedicate our lives to overseeing its construction.’

‘No they won’t. They’ll just take the money and run.’

‘Shush, Lily. They’ve promised me a share,’ Rose said out loud, forgetting the others wouldn’t have heard her twin’s side of the conversation.

‘In your dreams, girl. They’re using you. You won’t see a penny of the money.’

‘Use your brain, Rose. We don’t need those two. Think what we can do together. You can do the human bit and I’ll provide the spooks. What do you say?’

It was Rose’s epiphany as she made a rapid decision. All her life she had been searching for something which had been there all the time.

‘You’re right, Lily. Together we can conquer the world; well actually, both worlds.‘

2 thoughts on “Rose and Lily”