Another of my series of stories inspired by song titles.
I remember loving this when I was young, and hearing it recently on a TV advert inspired this short story. 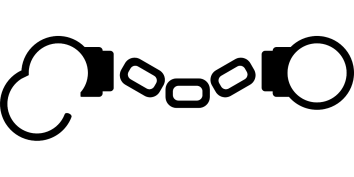 ‘You’re not going out looking like that. For God’s sake woman, you look like a tart. It’s bad enough you’re off gallivanting with your daft friends, leaving me without a dinner on the table. I really don’t know why I put up with you.’

‘It’s not very often. It’s Jane’s birthday and I haven’t seen the girls for ages. There’s a pizza leaflet on the kitchen table. Anyway, what’s wrong with this dress? You used to like it.’

‘It’s OK for a girl on the pull, but you’re my woman now. What time will you be back?’

‘Probably sometime between eleven and midnight. It depends how busy the cabs are. Don’t wait up.’

‘Oh, so now you’re giving me orders. What have I let myself in for?’

‘I’m just saying I don’t want to disturb you if I get in a bit late. You never tell me what time you’re coming home when you go off drinking with your rugby mates. How many times have I cooked a meal, and ended up chucking it in the bin when you roll in drunk, and tell me you’ve already had a curry?’

‘Anyone would think I don’t pay you with the housekeeping,’ Dominic sneered. ‘Just go out with your slag mates, but don’t coming crying to me if you find yourself up the duff. There’s no way I’m paying for someone else’s brat. It’s not even as if you’re any good in bed.’

I’d been so looking forward to this evening but as usual he’d managed to spoil it. It had been six months since I’d caught up with my old workmates, and even then he’d been obnoxious, and insulted people at the firm’s Christmas party. Dominic hadn’t been like that when we worked together. He’d been good looking, charming and most of the girls in the office fancied him. I’d been flattered when he’d asked me out, wined and dined me, and bombarded me with flowers and loving emails. When he said his landlord had given him notice and he’d nowhere to stay, it seemed the obvious answer to let him move in with me. After all, we’d been lovers for a few months and had seemed totally compatible.

For a while things were great, and it helped to have someone to share the bills, and to have a mutual whinge about our bosses. We worked in different departments so I didn’t hear the full story, but the rumours spread like wild-fire around the company, and he was sacked without notice. It made life very difficult for me, as all our colleagues knew we were an item, but he insisted the general manager had it in for him, and it was purely an act of revenge.

At first I believed him, but after several weeks with him lazing around at home, unwashed and making no effort to find another job, he dropped the bombshell on me. He didn’t want me working there, listening to their lies, so had told them I was leaving. Even worse, after secretly sending off my CV, he had got me an interview with a new company for the following day. I was fuming at his audacity, but he promised he had my best interests at heart, so when I attended the interview and was offered the job, I took it. Actually, he had done me a favour. The pay was almost double what I had been earning, and there were much better prospects. I was still musing on things when I arrived at the restaurant to be greeted by my old work colleagues.

‘Pam. Lovely to see you. I’m so pleased you made it,’ Jane said as she gave me a hug. ‘All the others are here already and you’ve got some catching up to do. We’re already on our second cocktail. What are you having?’

‘Hi Pam. How are you? Haven’t seen you for ages. We’ve saved you a place. Come and catch us up with all your gossip.’

‘Pam! So pleased you made it. This “Screaming orgasm” is to die for. Try one.’

‘I should be so lucky.’ Jackie had always been the joker in the pack, but their warm welcome helped to dispel my bad mood, and I found myself relaxing and smiling for the first time in a long while.

‘Do you ever hear from “what’s his face?” You were well shot of him. Did you get it together with Simon? He was always lusting after you, and when you left, I heard he set up his own company and is going great guns. Give us all the juicy details.’

Sandy’s comments brought me back to earth with a bump. It was even more difficult to explain that Simon was now the MD of the company I worked for, and that “What’s his face,” Dominic, was still living with me.

‘Don’t tell me you’re still with that jerk?’ Jane asked. ‘Sorry, Pam. I don’t mean to be rude but you deserve better than that. Right, has everyone decided what they want to eat?’

‘Dom by name, and dominating by nature,’ Jackie said, then hastily changed the subject when she saw the look on my face.

It was a wonderful evening, but meeting up with the girls gave me the courage to make the decision I’d been putting off. The party split up soon after eleven, with hugs and promises not to leave it so long next time, and I was home by half past.

‘Cinderella returns,’ Dominic sneered as I opened the door. The place was a mess, beer cans were strewn everywhere, pizzas boxes lay all over the carpet, and it was obvious his slovenly mates had only just left. I gave him an ultimatum; he had a week to pack his bags and leave. That wasn’t the best seven days of my life, but when he realised I was serious, he took off without a word of thanks or goodbye.

I hadn’t realised how much he had taken over my life, but throwing myself into my work helped ease the loneliness of coming home to an empty house. We didn’t see Dominic again until a year later, at an awards ceremony for Business of the Year, when he accosted me at the prestigious hotel hosting the event. Although he was working there as a waiter he was drunk and abusive, and I overheard the manager giving him a final warning.

‘Hey, Pam,’ he slurred. ‘What did you do to get an invite here? Sleep your way up? You always liked to make out you owned me, you piece of shit.’

‘Actually, I do, Dominic,’ I smiled, unable to resist getting my own back. ‘Simon and I are now the proud owners of this group of hotels, along with all our other business ventures. That’s why we won the award. You don’t own me, but I own you. Pick up your cards and have a good life.’

The next character is from a respectable family, and only sixteen when she is swept off her feet by an uneducated stranger. The book has some themes in common with this story. Who is she?

Answer next week. Thanks for visiting.