I originally intended entering this story into a competition but ran out of time, so thought it would make a change from my song title series.  It might not be quite what you expect. 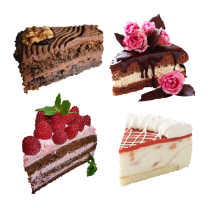 I was starving. I hadn’t eaten a thing for three days and it was beginning to affect my judgement.

‘What on earth are you playing at, Zoe? The odd mistake I can forgive, but your work today has been appalling. You’d better pull your socks up my girl, or you’ll be out. Now, get on with it, and for God’s sake do it properly.’

I won’t cry. I won’t cry. I won’t give him the satisfaction of seeing how upset I am. Perhaps the diet wasn’t such a good idea if going without food meant I’d be out of a job, even if having no income would mean I’d lose weight because I couldn’t afford to buy anything. Usually I was quite sensible, counted calories and cut out the booze and chocolate as the bikini season approached. When I received the urgent e-mail, I realised I had less than three weeks to lose a stone, so it required drastic action. Six months ago I might have made it, but the terrible winter weather meant I’d been stodging on calorie-laden food, and not getting much exercise. It hadn’t helped when my boyfriend had dumped me, and I knew I had taken refuge in comfort eating.

‘Jane? It’s me. Help! Have you still got the details of that diet from a few years ago, when you managed to lose so much weight?’

‘The one that landed me in hospital, you mean? It’s easy to lose the pounds when you’re constantly throwing up, and the miracle pills give you all kinds of side-effects. Didn’t you read the reports about how dangerous they were after that girl died? Fine if you want to sue the company for a million bucks to go into your estate, but not something I would recommend. Why the urgency?’

‘Something very important has come up. I need to look my best, and that means losing some weight, fast. I’ve only got three weeks. Any ideas?’

‘Meet me for lunch, and we’ll talk about it.’

‘Lunch? Are you mad? How can I lose weight if you drag me off to eat stodge? No doubt washed down with a bottle of wine. I’m serious. If you can’t help I’ll have to do some research. Ring you later. Bye.’

After spending an hour browsing the Internet I had come up with only two options. One, order weird potions promising fantastic results, costing a fortune and probably the biggest scams going, or two, invent a time-travel machine and go back a couple of months so I could lose the pounds sensibly, at the rate of one or two a week. That’s why I was on this starvation diet but it didn’t seem to be doing a lot of good. Everywhere I looked there was food. I popped into the supermarket to buy some batteries, and had to steel myself as the smell of fresh bread wafted from the in-house bakery. Collecting my weekly magazine from the newsagents, my eyes couldn’t miss the rows of boxes of chocolates. Even when I sat down to read, it was full of adverts for how to make the perfect calorie-laden cake.

When I started my research project, I hadn’t expected to get a result; it was something to keep my mind off eating. The more I learnt, the more I became involved until it was taking over every spare moment. I neglected my friends, left emails unanswered, and stopped attending social events. It’s no wonder Jane hadn’t been over-enthusiastic hearing from me, but pledging to get back to normal after the presentation, I opened my file and settled down to completing my inquiries.

It had started innocently enough. I had been watching a documentary about three people surviving for months without food after being marooned. The news which followed showed the launch of the latest manned flight to Mars, and I wondered how the astronauts managed normal functions like eating and drinking if they were confined to their spacesuits. Presumably there was some sort of intravenous feeding mechanism, but the story of the ship-wrecked trio remained a mystery. It had indicated they had access to fresh water, but the weird thought crossed my mind that perhaps there had originally been four of them, and the unfortunate one had provided sustenance to the others.

I started Googling indigenous tribes where cannibalism was part of their culture, and followed links to ancient civilisations where human sacrifices to appease a monster’s appetite was the norm. There were a surprising number of them based on fact, even without the numerous unsubstantiated reports. Food, in all its varieties was something I had rarely thought about, apart from when my stomach rumbled if I missed lunch, or was trying to resist something fattening but enticing. I knew it counted as one of the basics of life, and taste was one of the five traditional senses, but I wanted to dig deeper. Why did our tastes change as we got older? Why did some people love certain foods when others hated them? All run of the mill stuff until I made the discovery.

It happened by accident. My mind had always been analytical and when I started piecing things together there seemed to be a missing link. Digging deeper I came up with a theory but knew it wasn’t quite right. I puzzled over it for a few more days but time was slipping away, and I was no nearer to an answer.

‘Zoe. It’s Jane. You didn’t phone me back. How are you getting on with the diet?’

It wasn’t true but I wanted another look at my papers. As I turned back to my laptop there was a ring at the bell. Oh, for goodness sake. Was there no peace?

‘Yes?’ I snapped at the guy standing on the doorstep holding a large carton. ‘Is that for me? I’m not expecting anything.’

‘Sorry to trouble you, but it’s for your neighbour and there’s no answer. Would you take it in for them?’

Before I had a chance to sit down, the bell rang again.

‘Hello, Zoe. Did you take a parcel in for me? I was in the bath but saw the man come back to leave a delivery card saying it was here. Thank you so much.’

‘No problem. Now if you’ll excuse me,’ I said thrusting it into her hands, ‘I’m rather busy.’

Now, where was I? I looked in despair at the computer screen. It had gone into another new and improved update, and wouldn’t let me retrieve my files until it had finished. As I picked up my paper notes, my hand caught the edge of the table and they went flying. At least putting them back in order would pass the time while I watched the interminable line slowly moving from 4% to 5%. At this rate it would take ages. By the time it finished it was late, so I inputted a few entries from my notes and went off to bed. The next morning I realised I had inadvertently skipped a few pages, but had a surprising result. Would it work? Only one way to find out.

By the time of the presentation ten days later I had lost a stone and a half. Two weeks after that I had lost another stone and stopped taking my concoction. It made no difference. I continued losing weight despite eating every fattening thing I could find. Now it’s a race against time to find the antidote before I disappear completely.

Something a little different from the short stories next week.  😀 All will be revealed.