As a new author, probably one of the last things you consider is protecting your masterpiece once you’ve typed those immortal words ‘The End.’

Copyright varies between different countries, but it’s always worth using the International symbol followed by your name and the year for any new piece of work you produce. Other options include posting a sealed paper copy to yourself, (don’t open the envelope when it arrives) and storing it in a safe place, so the date stamp can act as proof of when it was originally written.

There have been instances where published novels, in whole or in part, have been stolen and released under another author’s name. If this should happen, immediately contact Amazon or the other appropriate vendor. It should be fairly straightforward to prove, as they will have a record of the date of your original submission.

You might have an idea at the same time as someone else. This is not surprising when you consider we are influenced by the same things, and there are only a finite number of interpretations of written words. I am not legally qualified but if it is truly your own work, I would be tempted to go ahead and publish. After all, the theme of “boy meets girl, they initially dislike each other, something happens, and they both live happily ever after” has been used more than once. 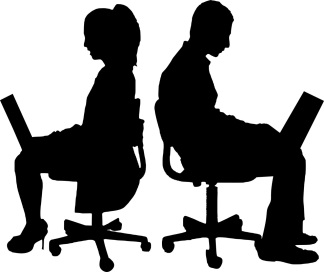 A more common problem is when sharing your complete manuscript to encourage feedback. The first recommendation is to use people you know and trust. This doesn’t mean you have to have met them, or even that they live in the same country as you, but good relationships are often built by getting to ‘know’ others through online readers’ or writers’ groups. If something ‘feels’ wrong, even if you can’t explain why, trust your instincts.

Rather than sharing a manuscript, you can forward a copy direct to the recipient’s Kindle. They will need to authorise your email address on the account associated with their device (this is to stop spam), and you then send an email direct to their kindle address such as Theirname@Kindle.com with your novel as an attachment. It will appear on their kindle in the same way as a purchased E-Book from Amazon, and offers a measure of security for the protection of your work from theft.

The inspiration for this short story came from a fellow author being asked by his wife to empty the bins when he was engrossed in producing his blockbuster. Enjoy. 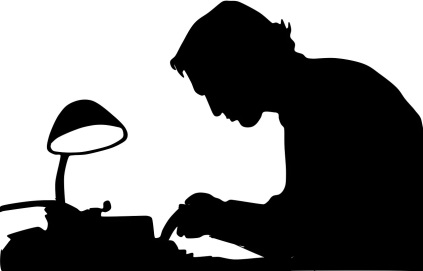 ‘Are you busy, Darling?’

‘I am a bit. I’ve just got to the point where he’s arrived at the house, and doesn’t know the murderer is waiting for him in the dark. It’s nearly….’

‘You’re not still playing around writing that stupid book? This bin isn’t going to empty itself. I need it taken out now! And I’m still waiting for you to put up that shelf as you promised. I’ve been slaving all day cleaning, while you’ve been sitting on your backside. Once the washing’s on, you’ll have to take me shopping. There’s nothing left in the house after your brother and his mob descended on us. I’ve never known anyone to eat so much, and it wasn’t as if they offered us anything towards their keep.’

My train of thought had been interrupted, and I knew I’d have no peace until I did as she said, so I left my protagonist to his fate and went to empty the bin. She’d only mentioned the shelf yesterday, but I dutifully rummaged in the shed until I found my spirit level, and started measuring up.

‘Not now! I’m trying to check the cupboards to see what we need. Why are you always under my feet? I think you do it deliberately. Has the car got enough petrol? You know how far it is to the supermarket. Why you had to buy this house in the middle of nowhere I’ll never know. I want to be back before the washing finishes or it’ll be impossible to iron if it gets too dry. Have we got any petrol? Don’t forget your credit card. We can fill up while we’re there. If you’d been ready earlier, we could have missed the busy time but no, writing that book is all you think about. No consideration, none at all. Bring the bags and let’s go. I haven’t got all day to wait for you.’

There was no point mentioning she had been using the car for the past week, so she should know more than me whether we needed petrol. My journey to work was difficult with a long walk to the bus stop, then changing trains twice, but she insisted she needed a source of transport during the week.

She was the one who decided a remote house was better than the lovely place we had near town, but I’d given up trying to have a reasonable discussion. I’d agreed when she said the country was better for bringing up a family, but once I’d mortgaged myself to the hilt, she’d dropped her bombshell that she never wanted children.

I’d always wanted a family, and getting married when she told me she was pregnant seemed the right thing to do. It was only after I’d signed the contracts to buy the house she told me it was a false alarm, and by then there was no way out.

Perhaps that was why I’d taking up writing. It gave me an escape from listening to her constant whining, and I was able to lose myself in the adventures of Dirk and his cronies as they overcame adversities, and defeated the baddies.

The first draft was terrible and I almost gave up, but it provided an alternative to the banal TV shows she watched avidly every night. We had nothing left to say to each other, but gradually as I used the Internet to discover all I could about the writing craft, it began to take shape.

My online author friends and the characters I wrote became more real than the woman I had married. Perhaps she was jealous of my new interest, or resented I no longer tried to make conversation, but they were my salvation in those dark days. When I felt down they gave me hope, offered advice on book cover design and constructive criticism on blurbs and plot holes, until I knew I had something good.

I should have known better than to let her read it when I reached that mind-blowing idea of actually trying to publish my book.

‘My God. I’ve never read so much rubbish,’ she said. ‘You really are losing it if you think anyone would want to spend good money on this drivel. How much has it cost you so far? Your bank statement came today and I wondered what that payment was all about. I had to check your emails to discover it was for a book cover design. You never tell me anything. Well, if you can afford to waste money like that, you can certainly afford to up the allowance to my personal account. I’ve set it up for this month, but I need your password for the bank to confirm it. It’s ridiculous they won’t let me do it; after all I am your wife. Go and authorise it now, then set the table. I ordered a take-away; they should be here in a minute. There’ll be hell to pay if it isn’t. I’m fed up with their excuses about not being able to find us.’

‘It was announced today that the winner of the best debut novel award for 2020 was newcomer Jennifer Pettigrew with her amazing story “Tied to the Kitchen Sink.” In the past few weeks it has hit the top spot in every category, and is predicted to become the best-selling work of fiction ever published.’

‘It’s flying off the shelves,’ one major bookseller said. ‘We can’t obtain supplies quickly enough to meet current demand, and our order book is overflowing.’

Sadly, Jennifer didn’t live to see the success of her book. She was found dead in the lane behind her home on the day it was released. Her husband, Peter Pettigrew, himself an ambitious writer, has been assisting the police with their inquiries, and is currently unavailable for comment.

‘In view of the suspicious circumstances in which the body of Mrs Pettigrew was found, we are continuing our investigations into a possible motive for this savage attack,’ the police commissioner reported. ‘It’s a lonely, secluded spot, and it’s possible the recent publicity regarding her book had led the attacker to believe she would be carrying a large amount of cash.’

Offers from Hollywood to buy the film rights have been put on hold while her husband, who is the executor and sole beneficiary under her will, obtains the necessary probate to obtain all rights to the publication.

I hope you enjoyed this story. You can find details of the books I have written here:
Amazon author page