Lots happening this week with my own new paperback release, ‘Listen to Love’ which you can find here: Listen to Love. 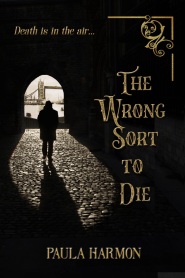 And last but by no means least, I’m delighted to introduce the next guest in my ‘Aspects’ series, Claire Baldry on the subject of Books for Older Readers. Welcome, Claire.

I live in the East Sussex town of Bexhill on Sea, often known as the retirement capital of the South East. Although we do have a mix of ages in our town, the proportion of retirees is far greater than the national average, and, last time I checked, we had a higher percentage of 100 + year olds living here, than anywhere else in England. There is a thriving retired community, and if you take your daily exercise along the promenade in Bexhill, you are far more likely to be run over by a mobility scooter than a skate boarder. I confess that, at the age of 65, I feel quite a youngster in Bexhill.

So within the context of my home town, it sort of makes sense that I only took up writing fiction after I retired, and that both my novels and my poetry tend to appeal to readers in mid-life and beyond. I would love to go on to explain that I spotted a marketing niche and deliberately aimed my work at an older readership, but that is simply not true. It just happened.

After a career in primary education, and a spell as Advisory teacher for English in East Sussex, it is hardly surprising that I enjoy writing. However, with my history, many people expected me to write for a younger audience, but that didn’t attract me. My first writing after retirement was poetry, traditional rhyming verses about my quirky home town and love in later life, mostly written from the perspective of someone who had retired. The poetry proved popular with the many retirement groups in East Sussex, and I was soon on the speaker circuit performing poetry for WIs, U3As and similar groups and chatting about my life in retirement. My poem ‘The De La Warr Date’ a traditionally written, humorous, rhyming love story about a couple in their 70s won an early award from the Silver Surfers (over 50s) website, and there’s nothing like a bit of success to keep you motivated.

A few years later, I decided to write a novel… for no other reason than I wanted to prove that I could. I chose main characters who were in their 60s, because I was in my 60s, and I found this easier than imagining main characters of a different age. Called ‘Different Genes’ it was a love story with a bit of a mystery thrown in, and it seemed to appeal to readers of about my age. One younger reviewer noted that, although he enjoyed the book, he found it uncomfortable to read about people of his grandparents age ‘having sex’. And, yes, I include a bit of physical contact in my novels, if only to prove that older people can still ‘do it’, though of course it’s all written in the best possible taste! 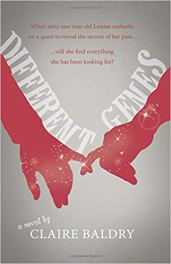 With several poetry booklets and one novel under my belt, I joined a couple of writer Facebook groups and began to chat to other authors. One day I chanced to mention that the traditional publishing world seemed to favour books full of younger characters, even though ‘older readers’ enjoyed reading about characters of their own generation. I had accidentally hit a nerve, and a  torrent of responses followed on Facebook both from authors and from ‘older’ readers who wanted more recognition for books containing older characters and themes.

So, partly in the hope of an opportunity to market my own debut novel, I set up a Facebook group called ‘Books for Older Readers’ and created a website with the same name. We evolved into a thriving group of like-minded ‘older’ book people. I even took part in an interview on BBC Radio London.

However this was not a straightforward and jolly success story. Many people were upset by the word ‘older’. They perceived it as a negative word, which says a great deal about how we undervalue age and experience in the western world. I was also criticised for suggesting that some novels tend to appeal to an older age group. It seemed that in the world of fiction, it was perfectly acceptable to pigeon-hole books into genres such as ‘Chick Lit’ and ‘Young Adult’ but the phrase ‘Books for Older Readers’ was considered by some to be insulting. Although I emphasised choice, I was even accused of dictating what books ‘older’ readers should enjoy. Fortunately, experience had helped me to develop a thick skin, so I kept my head down and carried on. I even wrote a second novel called ‘My Daughter’s Wedding’. This book also featured two main characters in their 60s and explored the issues around the younger generation accepting new partners in their parents’ life.

Last Summer in 2019, the Books For Older Readers website (now known as BFOR) ran a blog tour. For a whole month our writers and bloggers posted interviews and reviews, articles and prize draws, and it was enormously well received. The initiative, filled with ideas from our many years of living, revitalised the notion of books for older readers and gave me a number of thoughts about how we might reinvent ourselves. The wonderful Anne Stormont had coined the phrase ‘Autumn Chickens’ in her article ‘Age Matters in Romantic Fiction’ and with her permission I borrowed this phrase to move the website on to its next phase of development.

So we now have a new magazine style website with the title ‘Autumn Chickens’ (as opposed to ‘Spring Chickens’). This includes all the original BFOR bookshelves but also features lots of other contributions which hopefully appeal to our age group.

You may have noticed that I have never actually defined the ‘older’ age-group, and I don’t believe we should. Instead I tend to use the description ‘in mid-life and beyond’. We are as old as we feel. Nevertheless, I do believe that experience changes our perceptions, and we are entitled to a choice of books which reflect the themes most appropriate to our age group.

You can discover more about Claire’s writing and publications by visiting her website www.clairebaldry.com

Thanks Claire, from one ‘Autumn Chicken’ to another. 😀

It’s been great hearing how the Facebook group and magazine came into being, and I agree it would be helpful to have a specific category for older readers. Why should the youngsters have all the fun?

4 thoughts on “Aspects – Claire Baldry, ‘Listen to Love’ and ‘The Wrong Sort to Die.’”