It’s been a busy week with the development of my new YouTube channel
‘Val’s Tales.’

Covid-19 has caused delays with the logistics of combining people and equipment but where there’s a will, stubbornness comes into its own. 😊 More news as it progresses.

The post is one day early this week, as I thought it would be good to have a Halloween story for All Hallows Eve. Dim the lights, settle down to read and sleep well tonight. 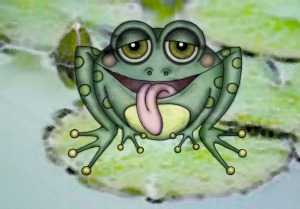 Bang. Bang. The unexpected knock at the door made Sylvia jump. Living so far out from town she rarely had visitors and it was already nearly dark out.

‘Who’s there?’ she called, hating that her voice sounded so old and shaky.

‘Trick or Treat, you old witch.’

The next minute there was a thud, and she opened the curtains just in time to see three young lads running off into the woods beyond her garden. They couldn’t have been more than thirteen or fourteen, and despite the gloom she was sure she recognised them. What were their parents thinking of, letting them out at this time of night? A glance at the old-fashioned Grandfather clock showed her it was only 8 o’clock, not really that late. As a young girl she had often stayed out playing in the fields until 9 or 10, but that was in the summer, and things were safer then.

As she went to double lock the front door, some instinct made her open it and she saw the sticky mess left by the rotten egg and fistfuls of sodden mud they had thrown. Little horrors. Although she had never been blessed with children of her own, she had a fondness for most of them. Often when she ventured as far as the village shop, Sylvia would buy a packet of sweets for the youngsters standing in the queue with their parents, but these three were the bane of her life.

Shall I clean it up now, or leave it until the morning when there will be more light? she pondered. Hating the thought of the heavy oak door being damaged, she reluctantly made her way to the kitchen to collect a bucket and some soapy water to wash it down.

The arthritis in her hand made it a difficult job, and it took nearly an hour before she was able to return to her comfortable armchair. Sylvia’s mind drifted back to the old days when Jack was alive. As a young bride of eighteen, she had moved to this house full of hippy ideas of living off the land, being self-sufficient and at one with nature. At that time the village had been a community, but with the building of the motorway many of the houses had been destroyed and hers was now isolated.

It was the 30th October, the day before Halloween, and she remembered how they would decorate the house with rubber spiders, plastic cobwebs and the odd skeleton on a spring which leapt forward when they pressed the hidden button. She would blacken her teeth and attach long green nails to go with her flowy skirts and dark shawl. Jack would wear his ghoul outfit, and they would hand out treats to the many youngsters who visited with their families. It had all changed now, and the gentle, scary fun had been replaced by demanding and bullying. Never mind. She’d have time tomorrow to prepare a few surprises in case anyone dropped by.

As was her custom, Sylvia spent the morning foraging in the woods for the plants and flowers to make her potions. It was a gift handed down from her grandmother, and many of the older folk swore her medicines were more effective than the over-priced, chemical-filled pills prescribed by the doctors. She never charged for her services, but would usually find a basket of fruit, or an offer to fix something around the house by way of a thank you. Over time, the town had filled with younger people, and often days went past without her seeing a single soul. The respect showed to the older generation had become a thing of the past, but she was determined to spend her final days in the ramshackle old house where she had always been happy.

Late In the afternoon, she descended carefully down the rickety stairs into the cellar to find their traditional Halloween decorations. The old skeleton had seen better days, and she wondered whether it was worth the bother if no one was likely to see him. Turning to go back upstairs she tripped over something in the dark, her walking stick slipped, and she crashed onto the cold cement of the floor, knocking herself out. She wasn’t sure how long she lay there, but was disturbed by the sound of voices from the room above.

As light suddenly flooded the top of the stairs, she recognised one of the young lads who had tormented her the previous day.

‘Well shut the door, then,’ another replied. ‘Come and get some of these cakes and sweets before we eat them all.’

‘Don’t touch the bottle on the counter,’ Sylvia called back in a panic. ‘I’ve only just made it and it’s not settled yet.’

‘Yeah, and how are you going to stop us,’ sneered the first boy as the door slammed and she was left alone in the darkness. It took her twenty long minutes before she was able to stand and struggle half way up the stairs. As she sat on a step to regain her breath, something in her pocket banged against the wooden bannister. Of course. Why hadn’t she thought of that before? Taking her mobile phone from her apron pocket she dialled the emergency number. Ten minutes later she heard the sound of older voices.

‘Hello. Is anyone here?’

‘Down here,’ she called back, as the cellar door opened and she was again bathed in light from the kitchen above. This time it was two men in paramedic’s uniform who managed to carry her up the rest of the way, and carefully lowered her into her chair while they examined her twisted ankle.

‘I think we should take you to hospital,’ one said, ‘just to make sure you haven’t suffered any internal injuries when you fell. We’ll strap your ankle up, but it’s going to be difficult to get around for a bit, especially if you’re on your own.’

‘What about the boys?’ Sylvia asked. ‘Are they still here?’

‘There’s no one else here, love, apart from the three frogs hopping around your kitchen. Did you knock over an aquarium or something? It seems odd if they came in from outside.’

‘I told them not to drink from that bottle,’ Sylvia smiled, ‘but the kids today just won’t listen.’

Thanks for reading, and see you next week. If you enjoyed this short story, you might like to check out my published books which you’ll find here
Amazon author page